Youth perspectives on 'Heal Country!' and the Uluru Statement

Our First Nations panel explore how structural reform is needed to 'Heal Country!'

Three young First Nations people join our NAIDOC panel to discuss the 2021 NAIDOC theme 'Heal Country!' and how structural reform - as expressed in the Uluru Statement from the Heart - is needed to truly protect and recognise Country. 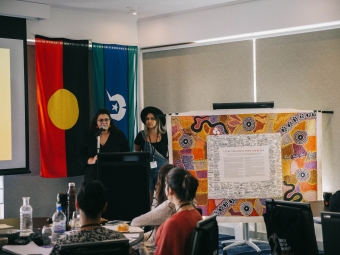 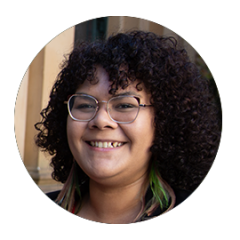 Bridget Cama is a Wiradjuri Pasifika Fijian woman and Co-Chair of the Uluru Youth Dialogue. Previously a research assistant to Professor Megan Davis, Bridget has worked closely with the Uluru Statement from the Heart movement and has focused largely on ensuring youth voices are given a platform to be heard. Bridget graduated with a Bachelor of Arts Indigenous Studies (Distinction) and Laws from UNSW in 2019 and is currently a law graduate at Gilbert + Tobin in the Pro Bono team. 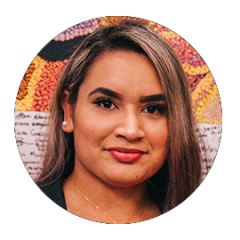 Allira Davis is a Cobble Cobble woman from the Barrungum and Birrigubba nations South-East Queensland, and also South Sea Islander from Ambae and Tanna islands. Allira is Co-Chair of the Uluru Youth Dialogue. Previously a consultant at Ernst Young with the Risk Transformation team and Indigenous Sector Practice, Allira now works as Manager of the Uluru Youth Dialogue at UNSW. 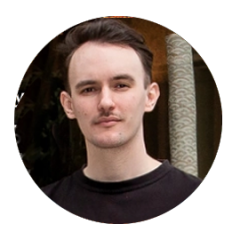 Jason O’Neil is a Wiradjuri man, lawyer, and researcher. He is a Scientia PhD Candidate at Nura Gili UNSW researching Indigenous self-determination and centring First Nations in public policy. As Executive Director of Ngalaya Indigenous Corporation, Jason hopes to grow and support the next generation of First Nations lawmakers. He is passionate about the resurgence of Wiradjuri language, and all first languages in Australia. Jason has a Bachelor of Arts (First Class Honours and the University Medal) in Indigenous Studies and Bachelor of Laws from UNSW, and a Graduate Certificate in Wiradjuri Language, Culture and Heritage from Charles Sturt University.