Truth and justice is the central theme of UNSW's Indigenous Strategy.

In the 2000s Australia had a formal legislated process of reconciliation. The Council for Aboriginal Reconciliation adopted a roadmap to reconciliation and many people – including the many members of the UNSW community who participated – remember the historic walk across the Sydney Harbour Bridge. Since then reconciliation has fallen off the agenda.

In recent years Reconciliation Australia has focused on Reconciliation Action Plans (RAPs). RAPs are an important framework but reconciliation requires much more. Unlike other universities, UNSW is not adopting a RAP. UNSW is adopting an Indigenous Strategy, aimed at providing an overarching framework to the already excellent work UNSW does on Indigenous education, teaching and research. 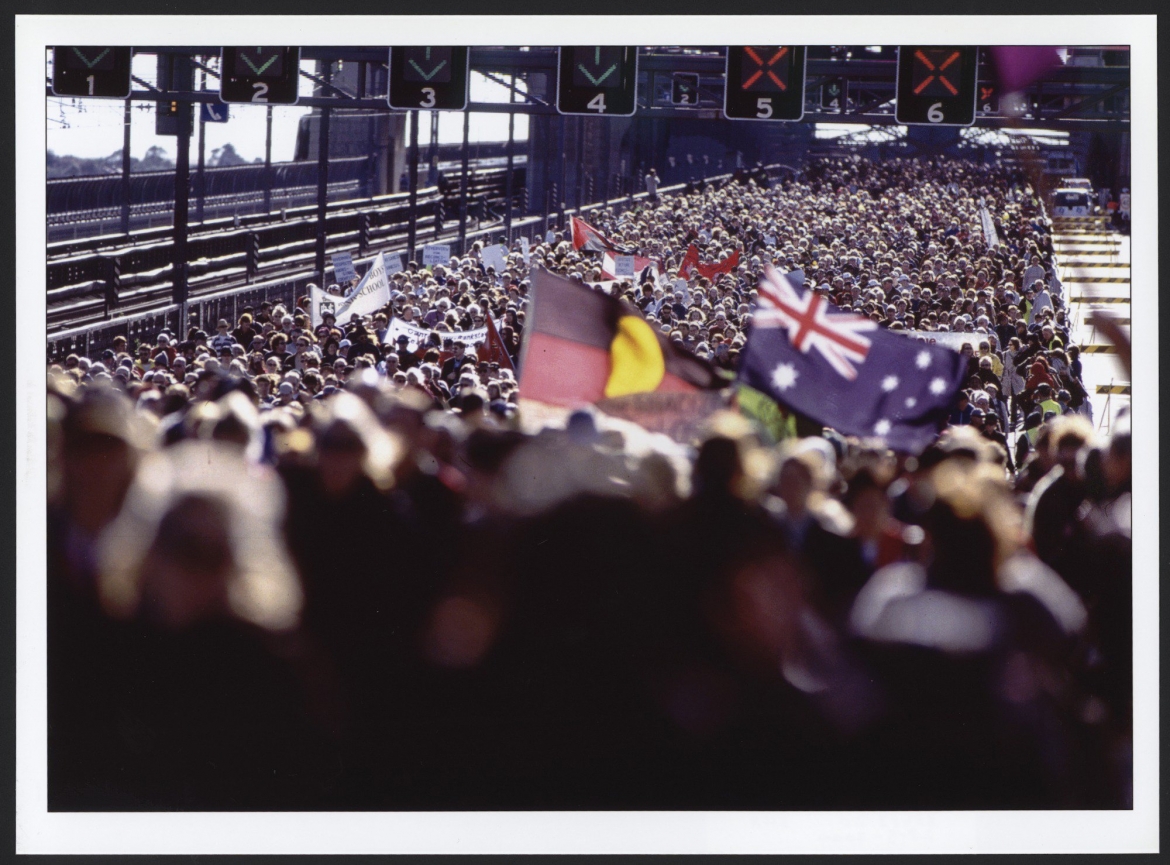 One of the reasons we have not adopted a RAP is to recognise the concern among some Aboriginal and Torres Strait Islander peoples about the reconciliation process in Australia. To “reconcile” means to restore friendly relations between two parties. Moreover, the twin pillars of reconciliation globally are truth and justice.

Many Indigenous people believe that before the Australian nation can “reconcile” with First Peoples there needs to be a national process of truth telling. Of course, “truth” is a contested concept, like “reconciliation”.

Even so, what many Aboriginal people mean when they speak about the “truth” is that there is an absence of Aboriginal and Torres Strait Islander peoples from the story of the Australian nation. Universities play an important role in this respect.

Historians especially play an important role in truth telling. Historians have a primary role in any society by seeking out stories, reconstructing historical events, and interpreting and telling a society stories about itself: how it came to be, and the stories of the many individuals and communities that make up a plural nation like Australia.

Culture and the Arts also play a vital role because through visual art, literary works and music, for example, artists can contribute to a deeper understanding of Aboriginal Australia. Medicine and health play a role because they can explain how recognition of this history may have an impact on wellbeing and improved health outcomes. Landscape architecture and built environment can show a path forward in recognising Aboriginal presence, while highlighting the coexistence of two cultures in one country. Similarly, the law has and continues to contribute to storytelling, both about the ways in which the law has oppressed Aboriginal people but also ways the law can redeem. This is done through legal processes including legislation and institutions.

All of our faculties have a role to play in truth telling.

In 2017 at Uluru in the centre of Australia, Aboriginal and Torres Strait Islander people gathered together because of a process led by the Prime Minister’s Referendum Council. Over six months, First Nations met in 13 locations and at Uluru to discuss what is meaningful “recognition” to them, and to discuss the best way forward to close the gap in disadvantage and to improve the relationship between Indigenous and non-indigenous Australia.

On May 26, 2017, they issued a call to the Australian people called the Uluru Statement from the Heart. The Uluru Statement calls for a First Nations Voice to Parliament, enshrined in the constitution and for agreement-making. The people also called for “truth telling” in this process.

Truth and justice is the overarching theme of the Indigenous Strategy. It is intended to provide the opportunity for UNSW staff and students, and the broader UNSW community to participate when and where they can in this important national process.  In doing this we do not want to avoid robust debates or challenging discussions. After all, universities play an important role in facilitating discussion and debate.

Equally, UNSW is very fortunate to welcome 20,000 international students from over 120 different countries. This is an opportunity for these students to also learn about the ancient polities of the Australian continent. Contained in this strategy document are recommended books, movies and documentaries for the UNSW community to consider if they want to learn more about historical and contemporary Indigenous culture. With this strategy, we feel strongly that one of the greatest contributions UNSW can make to Indigenous peoples is to ensure every single student, graduate, staff member, and the broader UNSW community, understands the cultural footprint of the three UNSW campuses they live and work upon, as well as learn about the rich culture of Aboriginal and Torres Strait Islander peoples in Sydney and Australia.

UNSW's Indigenous Strategy commits to increasing the physical presence of Aboriginal culture on campus. It also aims to nurture a sense of understanding, awareness and respect for Country and the cultural footprint of UNSW's campuses.

Give Back is a characteristic of both UNSW and Aboriginal and Torres Strait Islander cultures, and the Indigenous Strategy makes giving back to Indigenous communities a primary value of UNSW.

Developing a pathway and pipeline to 'Grow Our Own' Aboriginal and Torres Strait Islander scholars, academics and staff is a vital element of our Indigenous Strategy.